Home » About MnSearch » Board of Directors » Lela Phommasouvanh – Marketing Director 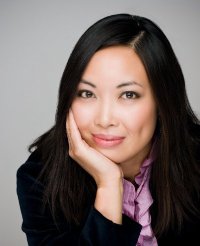 I’m lucky to say that I’ve had the privilege of being in search marketing for over 8 years. I earned my Bachelor of Science in Management Information Systems at St. Kate’s. Currently I’m in a hybrid role at FRWD as Senior Analyst/Sr. Engagement Manager. Back in 2005 I started researching and testing SEO and SEM tactics at ArcStone Technologies, Inc. where I helped to establish their search marketing capabilities. Later I joined FindLaw, a Thomson Reuters business, as a Senior Search Marketing Strategist and went on to become the Diagnostics and Strategic Accounts Team Lead before joining FRWD.

As a recovering workaholic I’m not satisfied with just doing “stuff” and trying to sound smart. Considering different possibilities and using those ideas to create something new has always been interesting to me. Whether it’s art, writing or strategy I feel great satisfaction out of creating something that makes a positive impact.

Register for the Summit! Register Now